UCC is carrying out its mandate — Gov’t tells media

The government has advised media owners affected by the directive to suspend their staff to seek legal redress arguing that Uganda Communications Commission (UCC) is simply carrying out its mandate.

The State Minister for Housing, Chris Baryomunsi made the statement today during the plenary sitting while responding to the directive by UCC that ordered suspension of 39 journalists from 13 media saying that the news broadcast that the television and radio stations relayed breached broadcasting standards.

Baryomunsi stated that while government respects media freedom, UCC is also carrying out its mandate.

“We have media freedom and the government is committed to ensuring that we preserve and respect this. But also, there are institutions like UCC mandated to do their work. If they have given directives and the person feels they have infringed on their rights and acted outside the law, they are free to go to court. The government respects media platforms”, he said.

The remarks followed a complaint raised by Kira Municipality MP Ibrahim Ssemujju who informed Parliament that Uganda’s global ranking on media freedom has dropped to the 125th position up from 117 the nation held in 2017.

He said that Uganda’s drop in position was blamed on the tax of usage on social media (OTT), arrest and beating journalists and most recently switching off the radio stations that were hosting FDC leaders.

Ssemujju also argued that at the moment, tourism is Uganda’s main earner of tourist exchange and it would be wastage of funds if the government spent funds marketing the nation and the negative coverage of abuse of media freedom is detrimental to the country’s image.

He asked the Minister of Internal Affairs to prevail over and issue sanctions against individual actors that are soiling Uganda’s image through battering of journalists and also requested the government to prevail over UCC who he accused of ‘issuing crazy directives’.

“Even if you market the country every day, if the international media is filled with these stories of battering journalists and switching off radios, we can only attract fortune hunters. The government needs to take steps to improve our rankings because right now, we are now ranked nearer to Rwanda and DRC. Also, the government needs to reign on these overzealous officials like those in UCC who are issuing crazy directives that is killing the image of this country”, he said. 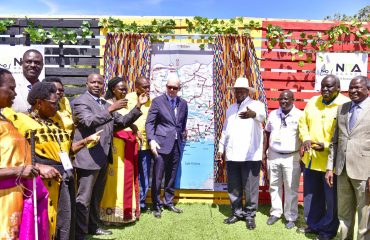